A simple but sudden question almost puzzled me:

“Why should testers test, not analysts, developers, or users?” I will try to quickly substantiate, but, most likely, outside help will be required, such formulations require multilateral analysis and coverage, and, despite many years of possession of the topic, it may take time to think.

Let's start with general education: a tester is a role in an IT team. Not the most, let's say, high position in terms of rank and salary, but requiring special knowledge and skills.

1. If the leader does not understand the benefits of role division, then he and his team are not methodologically mature. Methodologies RUP, MSF allow analysts, but not developers, to combine the role of a tester. Extreme methods go further - almost all roles can be combined there.

2. If the leader tries to combine roles, then this is due to economy or due to a misunderstanding of psychology. Savings - most often from poverty or from greed.

The psychotype of a person is important here:

2. Testers are disruptors. The effectiveness of testing, other things being equal, is higher for someone who deliberately breaks the system.

Our application testing research shows that practices such as testing against a limited subset of custom-generated data are no longer appropriate for teams focused on maximizing the time it takes to develop features that are valuable to users,” notes Mark Davies, CEO of ClusterHQ. “Progressive software developers understand that in order to [timely] provide customers with innovations and improvements, it is necessary to effectively manage the software life cycle along with various levels of infrastructure. This process starts with identifying and fixing bugs as early as possible so that teams can focus on adding [features] needed by the end user.”

The authors of the study believe that changes in software development and testing processes will positively affect the company's business scalability. Another thing is that not all companies are willing and able to implement these changes.

88% of respondents would like to be able to test applications on real data during development. However, there are still several obstacles on the way to this. The main one is to ensure that the test data is up-to-date. This is the opinion of 23% of the respondents. 19.5% cite the difficulty of simultaneously updating test cases wherever they are stored as the main problem. The same number of interlocutors mention the difficulty of maintaining multiple versions of data. 18% note the problem of information access control, 14% consider copying data from a running system to be too laborious. 6% are sure that the cost of storing huge amounts of redundant information will be unreasonably high.

A total of 386 IT professionals were surveyed

A simple but sudden question almost puzzled me: “Why should testers test, not analysts, developers, or users?” I will try to quickly substan... 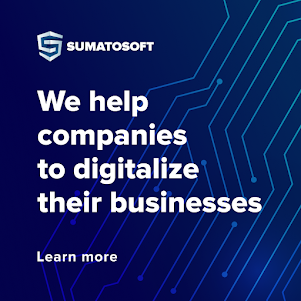